Photos from a day in New York City

Spending a day in New York City is always full of surprises! Take a look at what we found during our most recent trip! 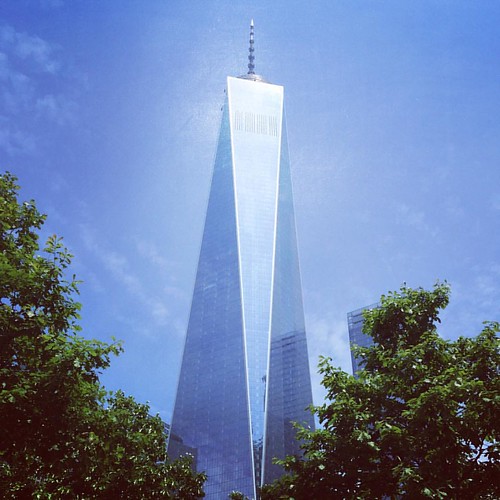 We started our day off by taking the PATH train over from Jersey City into the World Trade Center. Since we went in without a specific plan, we spent some time wandering around the memorial and checking out the sites.

Once we left the World Trade Center and wandered a few block over, I spied a little Cuban restaurant, Sophie's Cuban Cuisine, that had empanadas! After a quick look at Yelp! to see how the reviews were, we went in and enjoyed a variety of empanadas as an early lunch/snack... I had the spinach and cheese, and the rest enjoyed the chicken and the beef. They were definitely satisfied my craving! 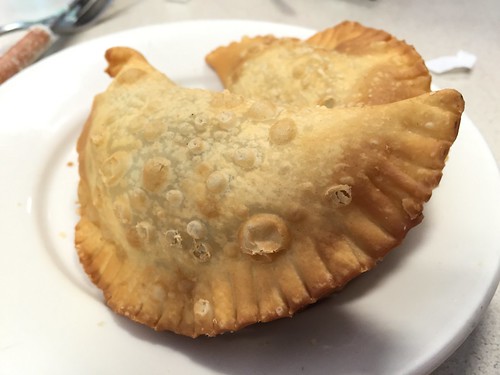 After wandering around South Street Seaport and buying some candy... we found the downtown TKTS location (shhhhh! no lines at this one!) and ended up buying tickets to see Something Rotten! for the same night. More on that later.

Knowing we had to make our way to midtown eventually... we decided to get a cab and head to Washington Square Park for some people watching. Traffic was a little crazy, so we hopped out early and took a walk that led us to more food to nibble! Street tacos from a food truck, Sidewalk Tacos. Our boys enjoyed them... and, as we all know, keeping growing teenage boys fed is a requirement! 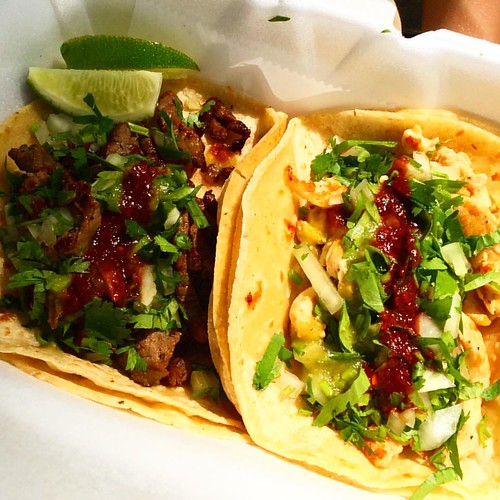 We found a spot to sit in Washington Square Park while they enjoyed their second lunch, and got to enjoy some live music while we were there. 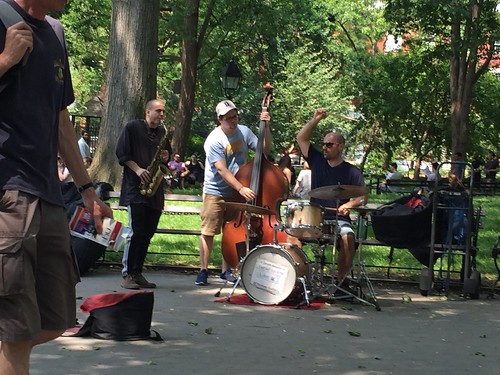 I couldn't resist taking a quick photo of this sidewalk art of Prince... incredible that someone was able to take the time to create a piece of art that would be so fleeting and disappear with the next rain. 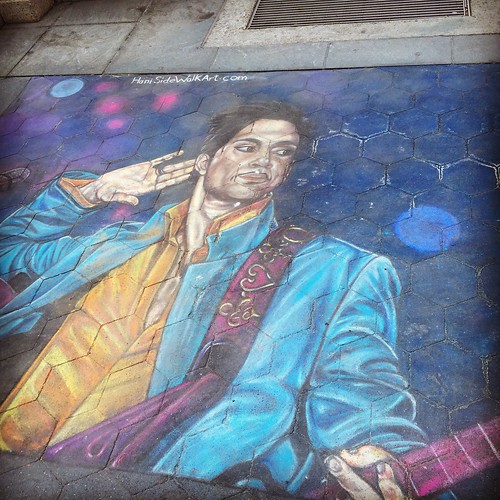 No trip wandering around New York City would be complete without stopping into a small shop for some incredible gelato! It was truly decadent and worth every... single... calorie!  You have to visit Amerino for their artisanal gelato. I tried both their Inimitable and the Dulce De Leche... and it was heavenly! 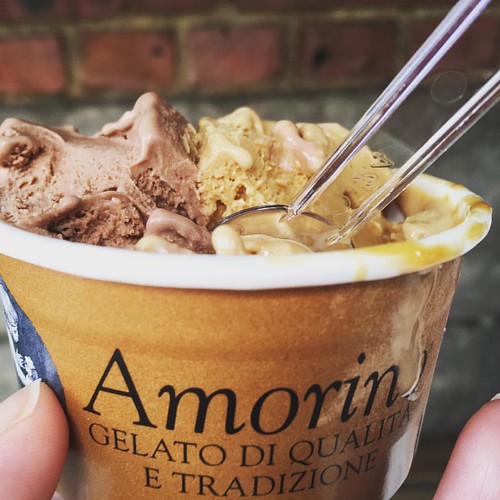 Once we made it into Times Square we were lucky to find that the Navy Band (it was Fleet Week) was playing some fun live music. 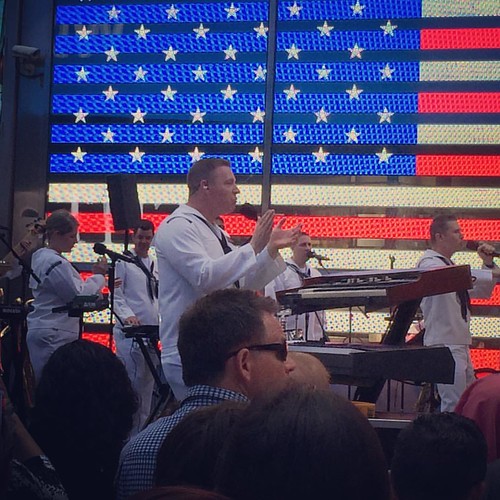 After having some dinner at The Counter, we wandered over to see the show.

Something Rotten! was a really fun show to see! So many great references to other shows we have seen already and it was a clever and witty way to show how plays were done back in the time of Shakespeare (a rockstar in this show!)... if you get the chance to see it, jump at it! You will have so much fun!

Next post will be my 2nd installment of the Podcast Commute. Have a great night!

Please note that all photos and content belong to Patsy Kreitman, unless otherwise noted. If you want to use something please ask first.
Email Post
Labels: Appetizer Family Fun Life as I know it Travel