Well, after fighting with my oven for longer than I should have, we made the jump and purchased a new range for the kitchen. It's got all kinds of new and exciting features that my old one did not have like convection baking and bread and cake settings. What this means is that I'll be doing a bit more baking to see if I can make those recipes that never quite turned out before in my new fancy-schmancy range better than before!

Of course, the first thing I ended up making - per my Husband's request - was not something I had made before. He wanted a Peach Cobbler. I have no idea where he got this idea as fresh peaches won't be in season until August in New Jersey. So, I went searching for a recipe that would use either canned or frozen peaches. I wanted something fairly simple to put together since I was still home with a sick little guy (who is very much on the mend at this point, thankfully!). While the recipe was incredibly simple, it just seemed to be missing something. I am happy that I went ahead and added vanilla to it, as I can't imagine how bland it would have tasted without it. I would say this one is just "ok", and I did find another one that sounded like it really fit the "cobbler" mold, better than this one did, so over the weekend I'll be trying that one next. Stop back by to see if the next recipe is a winner.

Vicarious Foodie said…
This sounds so good! I absolutely love fruit cobblers, but my boyfriend, insane as he is, won't eat cooked fruit, and I never want to make one for just myself.
March 27, 2008 8:18 PM

test it comm said…
Peach cobbler is one of my favorites. Yours looks really good even if it the topping was a bit bland. It is always fun/tasty to search for that great/perfect recipe.
March 27, 2008 8:44 PM

Patsyk said…
Cobbler just says summer to me. Just wait, the next one I plan to make is a Blueberry-Peach Cobbler. I have high hopes for it!
March 28, 2008 9:36 PM 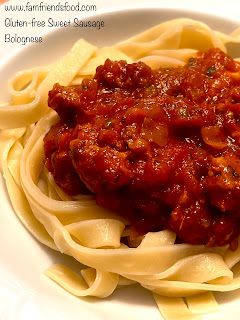 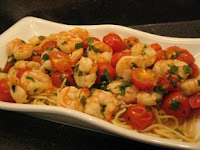