We went to the circus!  Not just any old run-of-the-mill circus... but, the Ringling Brothers and Barnum and Bailey Circus! 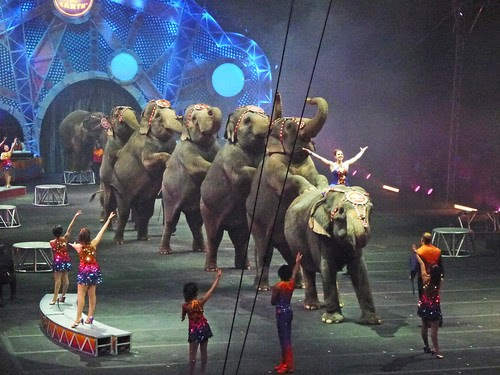 Our elementary school PTA organized a trip as a fundraiser when the circus was in New Jersey at the Izod Center.  It was a pretty good deal on the tickets, so we couldn't say no.  Both My Husband and I had fond memories of attending this circus as children.


The usual circus acts were there - the trained tigers, the hilarious poodles and their antics made for some great belly laughs from Our Youngest.  We were all amazed at the performers who walked the tight rope and the performers who kept their balance while on the giant wheel "of death" (named by My Oldest - and one of his favorite parts of the show). 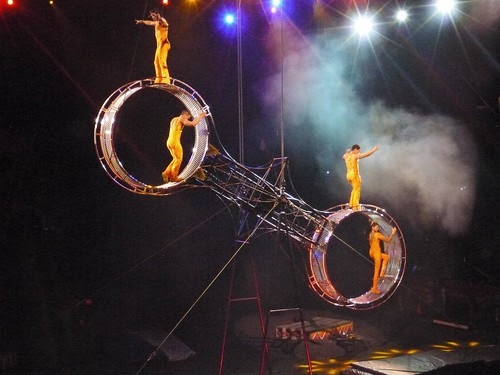 Both boys enjoyed watching the woman be shot out as a human canonball... so much, that they thought it would be cool to do it themselves.

The show kept moving as the acts changed - lots of music and dancing in between acts.  While it was different than I remembered - the days of the actual 3 ring circus seem to be over - there was something to see and be amazed by throughout the evening.

Intermission called for some cotton candy... which was definitely overpriced, even if they did receive souvenir hats to take home.  The bags of cotton candy had 3 different flavors in them... and they did not finish them (thank goodness - a sugar rush at 9 p.m. on a weeknight is not something any parent wants to experience). 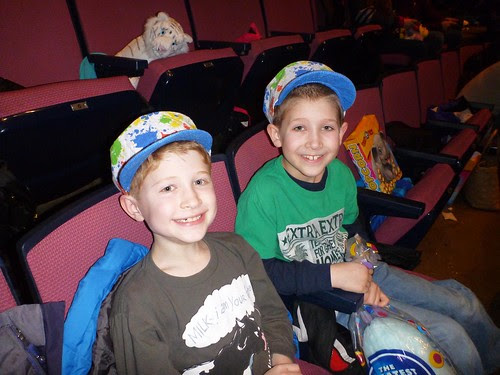 The finale was a sight to see... if only your eyes could take it all in at once! 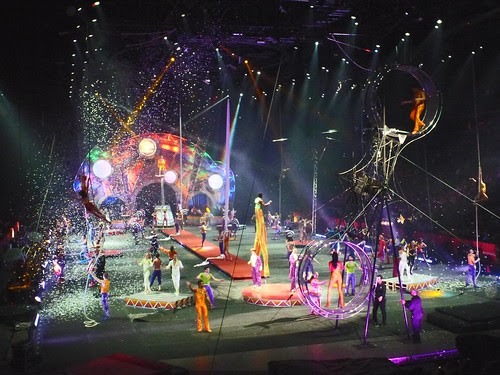 So much going on, and Our Boys loved every single minute of it!   I think one of the reasons we hadn't gone to this circus before was that to get good seats, the cost was prohibitive for a family of 4... by going through a fundraiser night, the cost was reasonable (only $20 per ticket) and we had incredible seats.  Everyone from our school was seated together, which was fun for the kids.

The overall reviews from the boys?


"They aren't kidding when they say it's the Greatest Show on Earth!"

"I'll never forget last night!  Thanks, for taking us to the circus!"

That's about all I had to hear to know it was an experience that they will remember and talk about for quite some time.

Please note that all photos and content belong to Patsy Kreitman, unless otherwise noted. If you want to use something please ask first. Tweet
Written by Patsyk